VOTE! Election November 6th 2018 - WWID (What Would Indy Do?): Or "How is the country doing so good? It's the Trump Stimulus Stupid!"

Regardless of how the election turns out today it is worth noting that in late October 2018, after the big drop, all of the "gains" from 2018 were effectively wiped out (someone made a profit, and it wasn't most of us!). And while jobs grow continues (*)(a trend started early in the Obama's administration) wages are not rising in any meaningful way (and have yet to top 3% during this entire run). 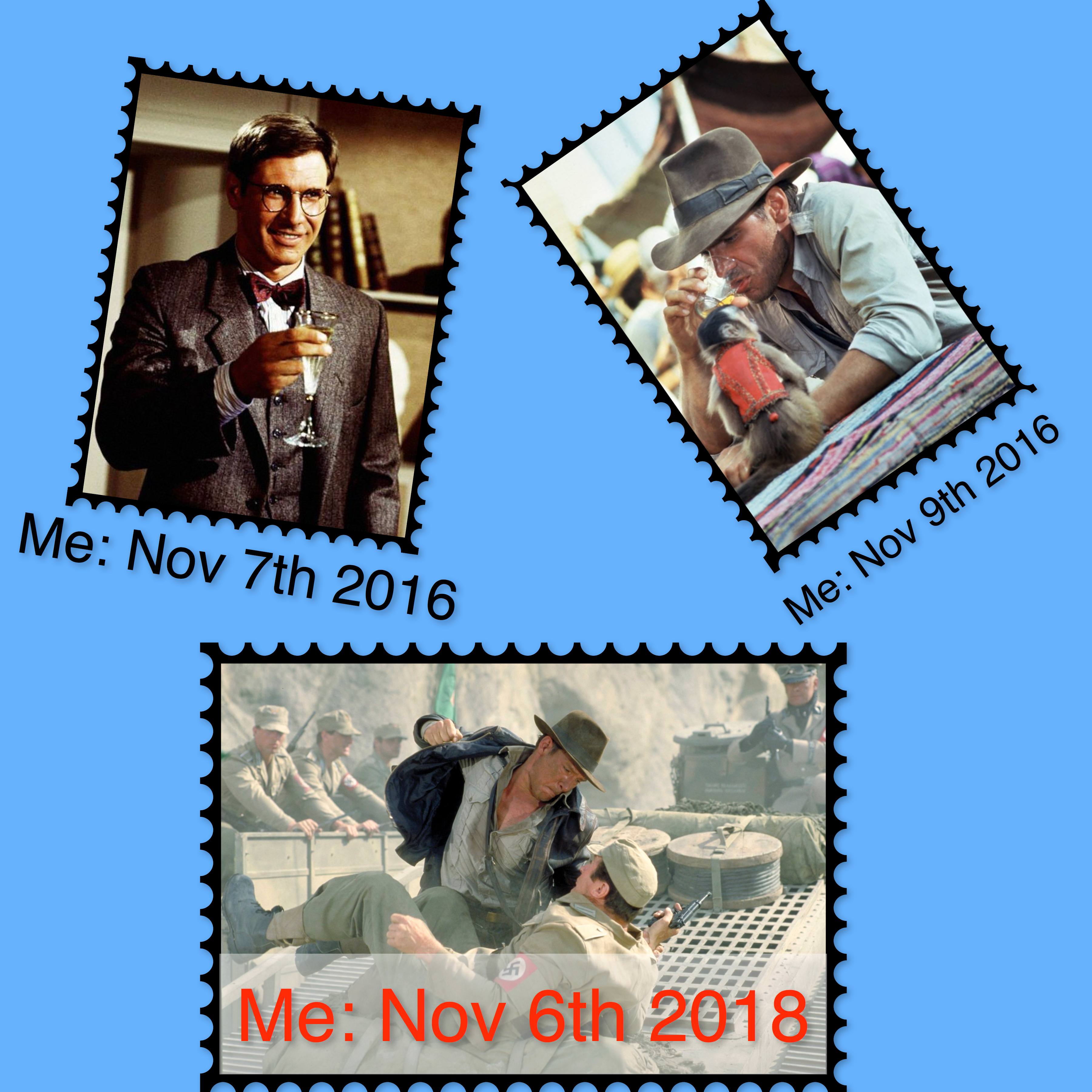 It is also worth noting that while Trump did inherit a steadily recovering economy (unlike the recession Obama inherited) and there has been growth, this growth has not been "free". It is a direct result of the Trump Stimulus Plan. The combination of the massive tax cuts for the wealth and businesses and the massive increases in government spending have now pushed out National debt to over $21,000,000,000,000/21 Trillion dollars (when Trump took over it was $19,000,000,000,000/19 Trillion dollars. So why has our debt gone up when everything in rosy? Because our national deficit is now in the $850,000,000,000 and Trumps departments predict that we will now see Trillion dollar deficits for at least a decade (Debt is how much we owe, Deficit is how much we are borrowing to pay for day to day expenses each year beyond what the government is taking in, so it ultimates adds to the federal debt).

When Obama took office, in the darkest part of the recession, the federal deficit soared to 1.4 Trillion as the administration worked to prevent the US from entering an actual depression (which was very likely). By Obama's last year in office the deficit was down to 597 Billion, not great, but only a 100 billion off from Bush's last deficit. It is also worth noting that Bush inherited a government that had NO - that is ZERO - deficit and was running a surplus (because of Clinton's raising taxes on the wealthy and a booming economy under the democrats).

The bottom line? While the country was chugging along in 2016 it was consistently and slowly improving AND the federal government was finally starting to lower its deficit. But under the current administration the deficit is soaring. And congress passed a NO LIMIT debt borrowing scheme that lasts until next March. Does anyone recall the fiscal GOP hawks who cried foul every time Obama asked for a raise to the amount of deficit spending we could do? The GOP also ACTIVELY fought against expanding this countries DESPERATELY NEEDED infrastructure programs. And had those programs been allowed to go into place, WHEN THEY WERE NEEDED, the economy would have started heating up and a part of a generation would not have seen their lives destroyed, homes foreclosed, etc...

The point to all of this?

The economy is 100% riding high OFF OF THE STIMULUS! This "Hot" economy will only last as long the government is dumping money into at a fantastic rate and selling people on crazy tax cuts. Without ever showing where the money to pay for all of this is going to come from. There is no parent who would ever advise their kid to follow this reckless path.

So next year when you wages are still flat, and your one time "big" bonus if you got one in 2018 is long gone remember this. There was never a "hot" economy that was America running itself. The country was hot because the government was propping it up with massive deficit spending. And if you complain about things going bad? You never understood you were being played.

(*) Remember how Trump complained loudly that the numbers by Obama's admin for job growth AND unemployment were way off - unemployment might really be closer to 40% he said...yet his administrations data shows no difference)

#Respect - For our sisters and brothers in the fie...
Get Your Absentee Ballot In Two Minutes. Also a li...