What the Hell is wrong with you Archaeologists and Anthropologists?

DON'T YOU PEOPLE HAVE HOBBIES? :-)

Seriously though, thank you, everyone. Both the companies and institutions that have believed in ShovelBums enough to feel it was worth your resources to spend the time posting positions and the 45,000+ "ShovelBums" who have been the right fit for the jobs advertised, whatever the level: Archaeology Field Technician, Crew Chiefs, Lab Directors, Field Directors, Principal Investigators, TV Shows, University faculty, etc...

And there is only one, one very singular, reason any of this has happened. Because of you. Because you, and only you, reading this, have helped to spread the word about Shovelbums "No, really, it is not just for "ShovelBums"(*) Jobs" you would tell your friend with their nose up in the air at such a banal collection of below the bottom of the Shovel Test Unit jobs. From my first announcement to the "Pocket_Grophers" at Uark around 4am on April 25 1999, as I avoided writing an environmental archaeology paper, ShovelBums has only ever propagated by word of mouth (digital or otherwise). And now, nineteen years later, many of your who were just young punks "back in the day" are now graying professors on innumerable faculty committees or running and directing multi-million dollar projects for CRM firms where you once slaved at the lowest level, and some of you are still happily living life on the road. And through these years I have strived to be a constant. A resource for you to fall back on when your own networks could not meet the demands of your pending contracts, your own search for work, or for the professors who wanted to give hope to the students that could see academia is a pyramid scheme that most are unlikely to break in on (at least not at the now near-mythological "tenured" position).

So thank you all. I started ShovelBums with no expectations. I think my initial goal was to hit 750 members in the first year and ShovelBums hit that within weeks. I had no that idea 19 years later I would be sitting here having somehow played a small part in facilitating 45,000+ positions. But it is where I am. And I enjoy being able to help you.

A word of thanks to Jim Colburn. A professional who I have never met but who, in December of 1999, answered my naive call for "moderators' to help approve the messages that go our on ShovelBums (Note: The internet was a kinder simpler place back then ;-).  Jim, among some others (Gavin and The Pritchards come to mind), answered the call. It was the early 90's there was no need to vet anyone and any of these moderators had full access to ShovelBums and could have easily done whatever they wanted. As time went on and technology advanced the moderators slowly dropped off Jim has always been there, somewhere...I honestly don't know. All I know is occasionally I am on the road and a job is approved and pops up, and it is because Jim saw it come in, checked it, and approved it when I did not. Jim and I have only exchanged *maybe* a dozen emails in 19 years and it has almost always been technical in nature. I do miss that part of the 90's :-)

To celebrate ShovelBums turning 19 and the opportunity it affords me to work out of my house I am doing something I never do and that is to have a drink during the day. I made myself an exceptionally fine margarita (I blame any errors present in this missive on that) AND I even found a fru-fru umbrella to put in the drink (unfortunately it was so stinking windy I had to wedge it down to stay in!). I was a bit amused that while searching for an umbrella I came across this package of Pat O'Brian's Hurricane mix...which I must have bought when the SAA's were last in New Orleans! LOL! I might be dating myself a bit there. Though in the name of science, I might have to mix it up :-) My wife is at work until her usual 8 or 9pm and I need to take the kids to after-school activities until 9PM, so for a few minutes, I will pause and reflect. But damn it I am so tired of how cold Michigan is all the time I might not be able to reflect long at all outside! :-)

Feel free to join me a drink tonight and buy me a virtual beer if ShovelBums has ever helped you find a job or employees: https://www.paypal.me/ShovelBums 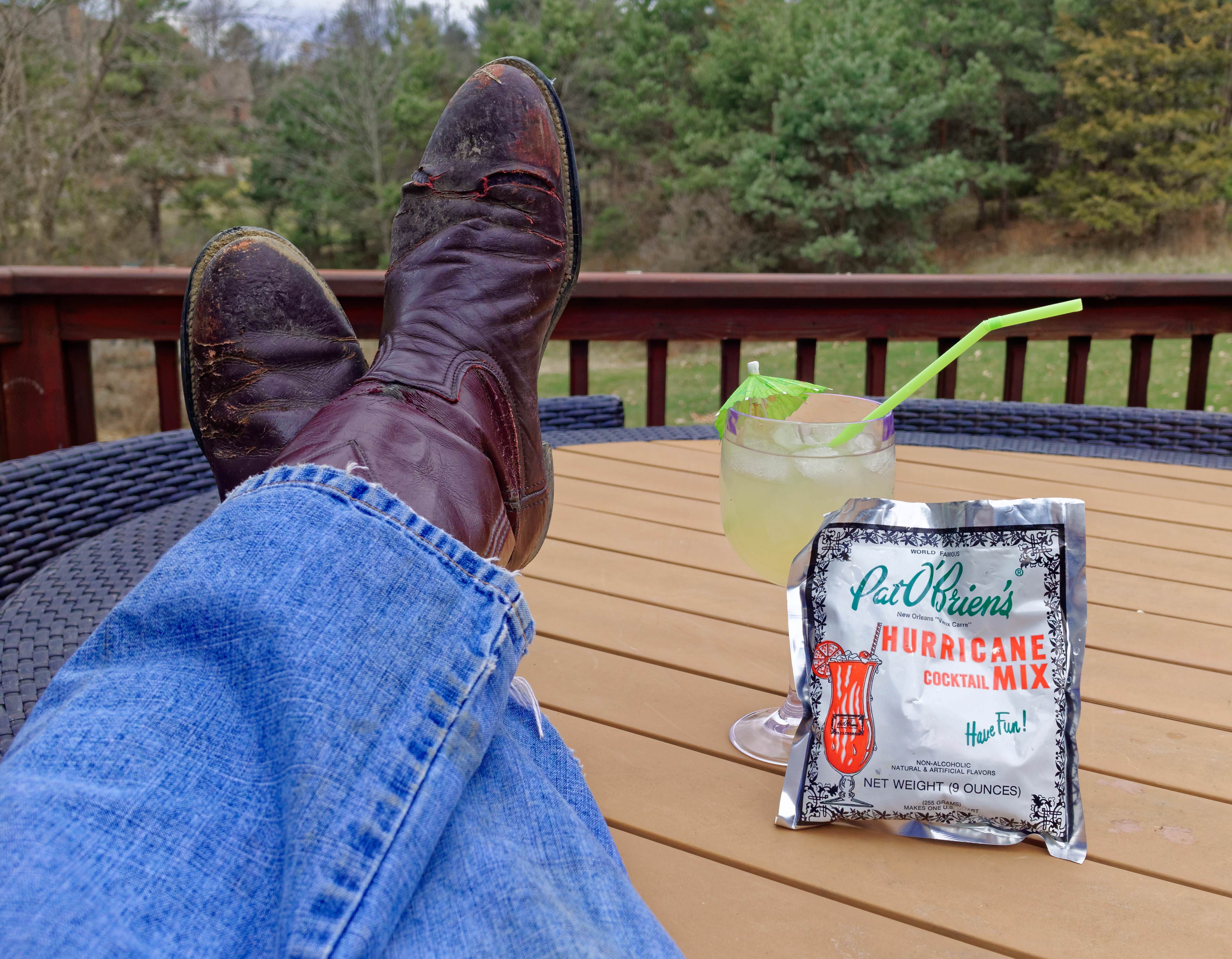 If you are bored and curious as to what 45,000+ archaeology positions look like this is it. Every posting by month on ShovelBums since it's inception : 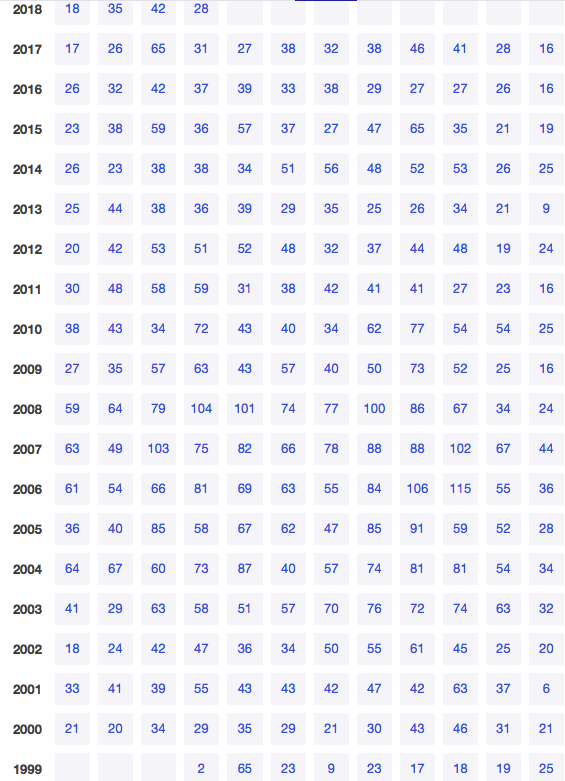 (*) BTW my mom came up with the term ShovelBums in the late 80's early 90's when I was "ShovelBumming" and we used mildly more inappropriate terms to describe our livlihood. I can't make this stuff up. The old farts you work with will try to say they used the term prior to this. They did not. Their synapses are misfiring (again).

A true tale of Archeology Today by Monty Python
Every Kid In A Park: Fourth Graders can get free a...